Christ Redeemer Church is currently served by six pastors/elders, a women's ministry director, a youth director and one church planting resident. Six of our leaders are on staff and three are volunteers. 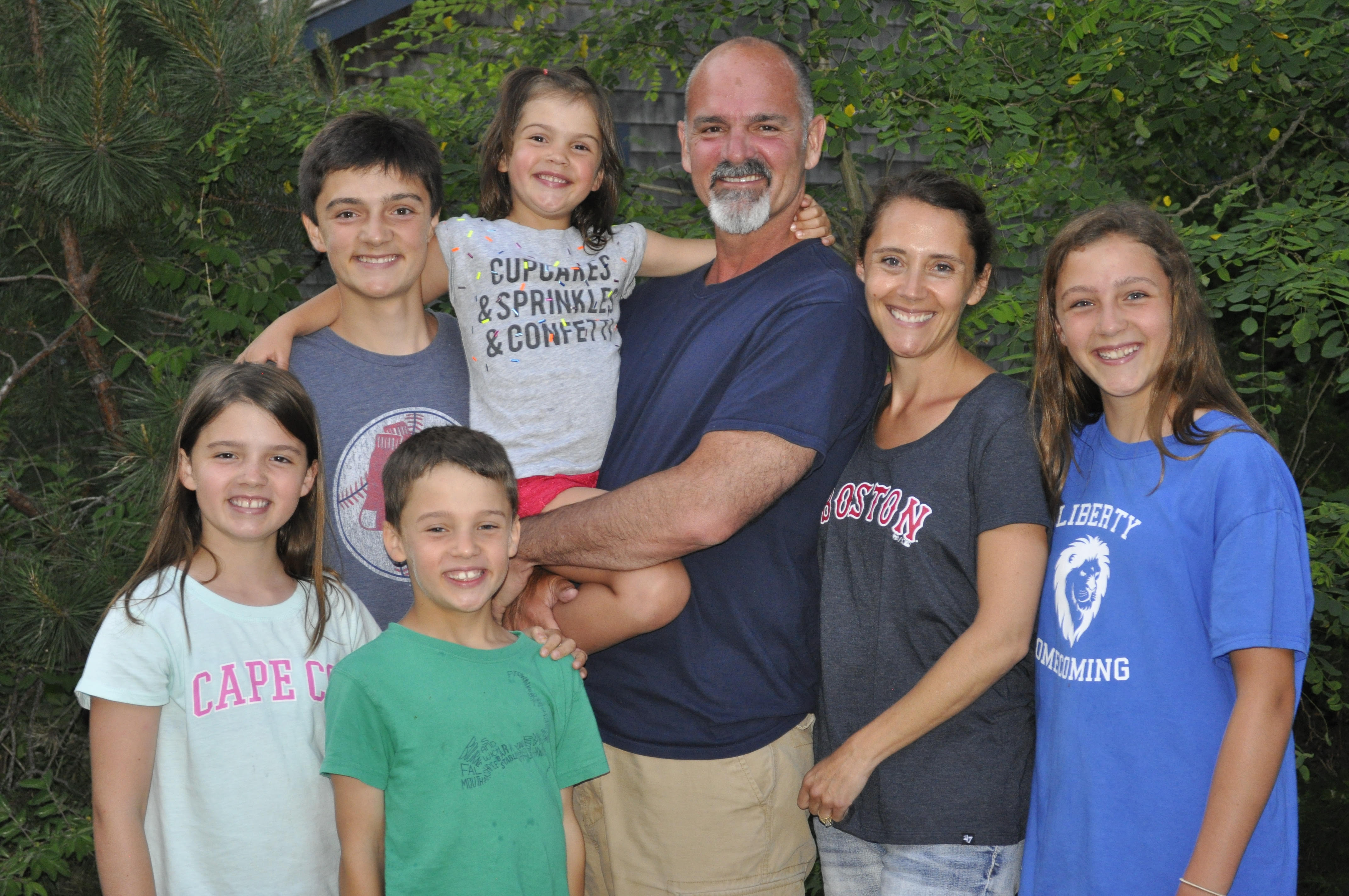 Brett made a profession of faith in Jesus Christ at an early age. He believes he was genuinely saved by the grace of God even though he was not yet overwhelmed by the grace of God. Shortly after becoming a physical therapist, however, the Lord used a series of events in his life to create a spiritual “famine” of sorts, which drove him to read the Bible like never before. He then began to understand to a greater degree the depth of his sinfulness and the supreme value of the person and work of Jesus Christ. He was gripped by the gospel! Soon after, the Lord gave Brett the opportunity to minister in the Texas state prison system. After five years of full-time prison ministry, he went on to complete a Master of Divinity degree at Reformed Theological Seminary in Jackson, Mississippi. He then served as a church planting resident at Bethlehem Baptist Church in Minneapolis before being sent out to plant Christ Redeemer Church.

Brett has been married to Molly, “the woman of his dreams,” since 2003. Brett and Molly have been blessed with five children: Joshua, Olivia, Isabelle, Judson and Sophia 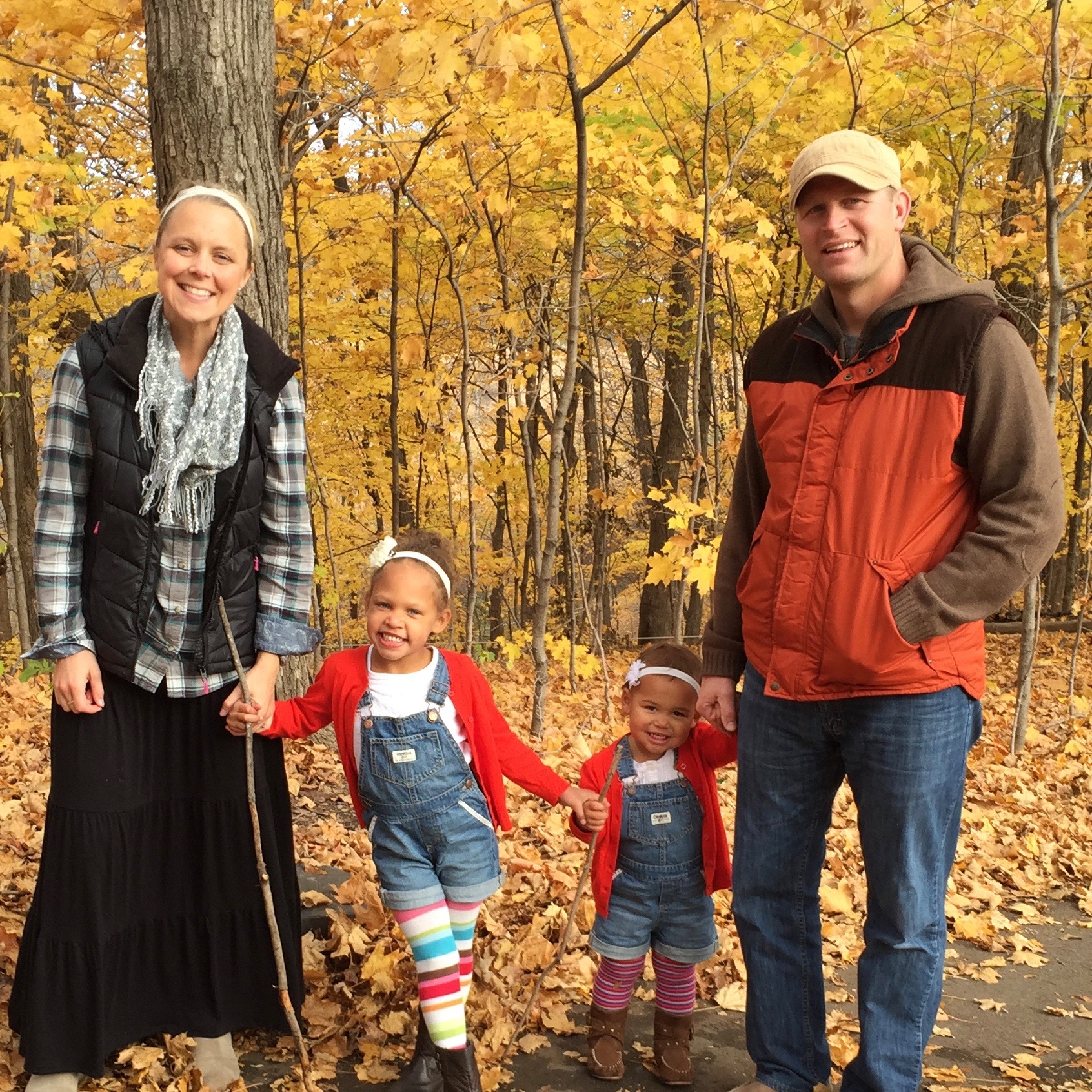 Thomas grew up attending church, though he wouldn’t say that he truly understood his need for a Savior in Jesus until he was 15. Looking back, he would say that it was then when he was truly “born again” by God’s grace. He was saved from the punishment deserved because of his sin and began trusting in Jesus alone for forgiveness and joyful fellowship with God. He had what he’d call a “theological conversion” several years later when he came to embrace the good sovereignty of God over his salvation.

Before coming to Christ Redeemer Church, Thomas served for three years in the Family Discipleship department of Bethlehem Baptist Church in Minneapolis. Prior to that, he served with a youth missions organization called YouthWorks, which gave him opportunities for ministry in several different states. And over the years, during different seasons, Thomas has been privileged to work in the concrete construction trade. Thomas holds degrees from Gustavus Adolphus College (Psychology and Criminal Justice) and Bethel Seminary (Theological and Historical Studies). He has received additional education from Luther Seminary (Christian History) and the Christian Counseling and Educational Foundation (Biblical Counseling).

He’s been married to Karena - his best friend and favorite person in the world - since 2004. Together they enjoy two daughters whom God joined with them through adoption. Kyrkja was born in August of 2011, and Anagret in August of 2013. 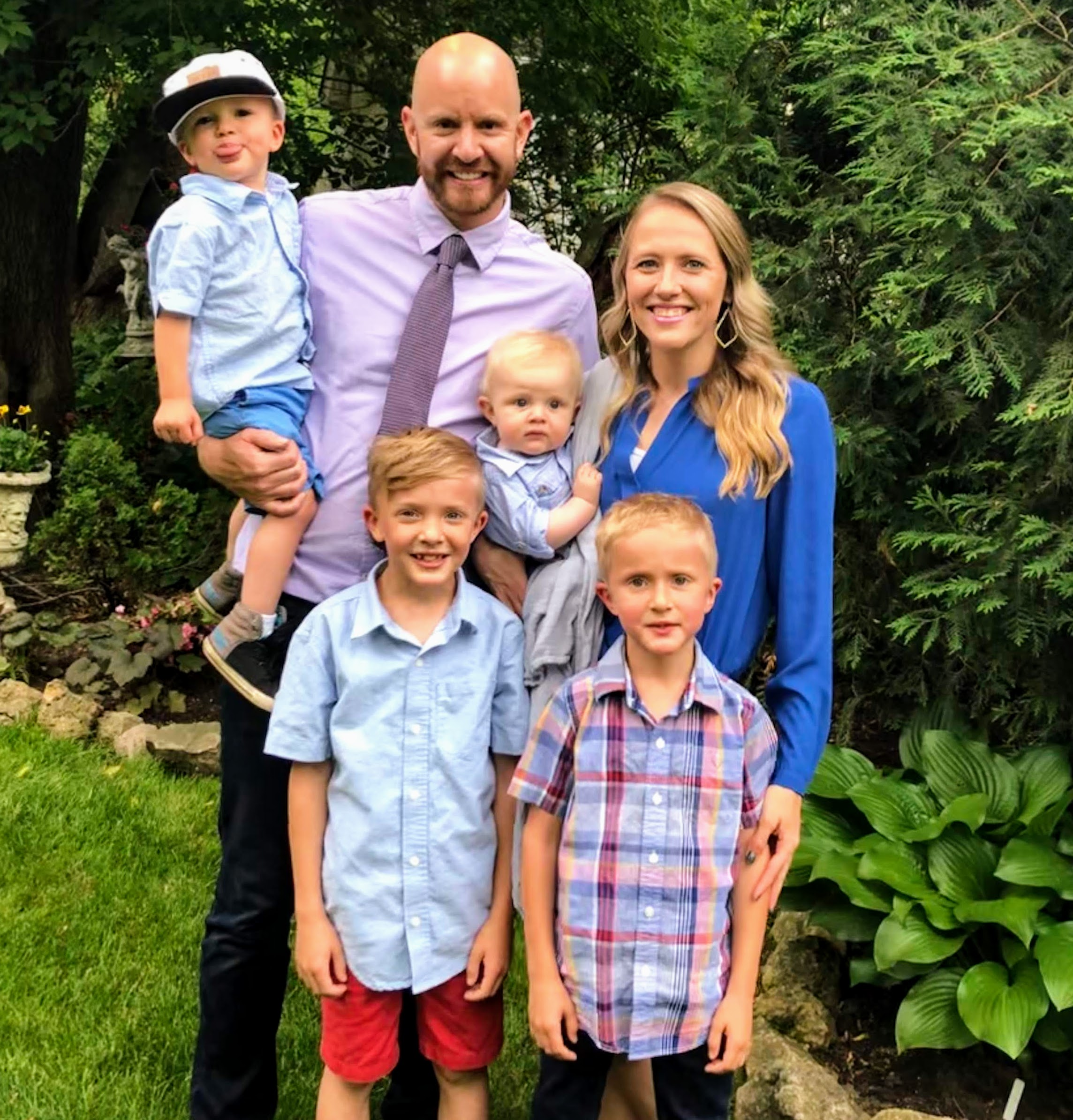 Levi grew up in northern Minnesota in a Christian home where he learned what it meant to love and follow Jesus. He married his wife Ashley in 2007 and they are busy raising four energetic boys. Levi received a BA from Moody Bible and an MA from Wheaton College. After 7 years of pastoral  ministry at a church in Chicago, he joined the staff with CRC in 2014. He enjoys leading worship and training new worship leaders as well as preaching and counseling. He loves good books, golfing, and small boutique guitar shops. 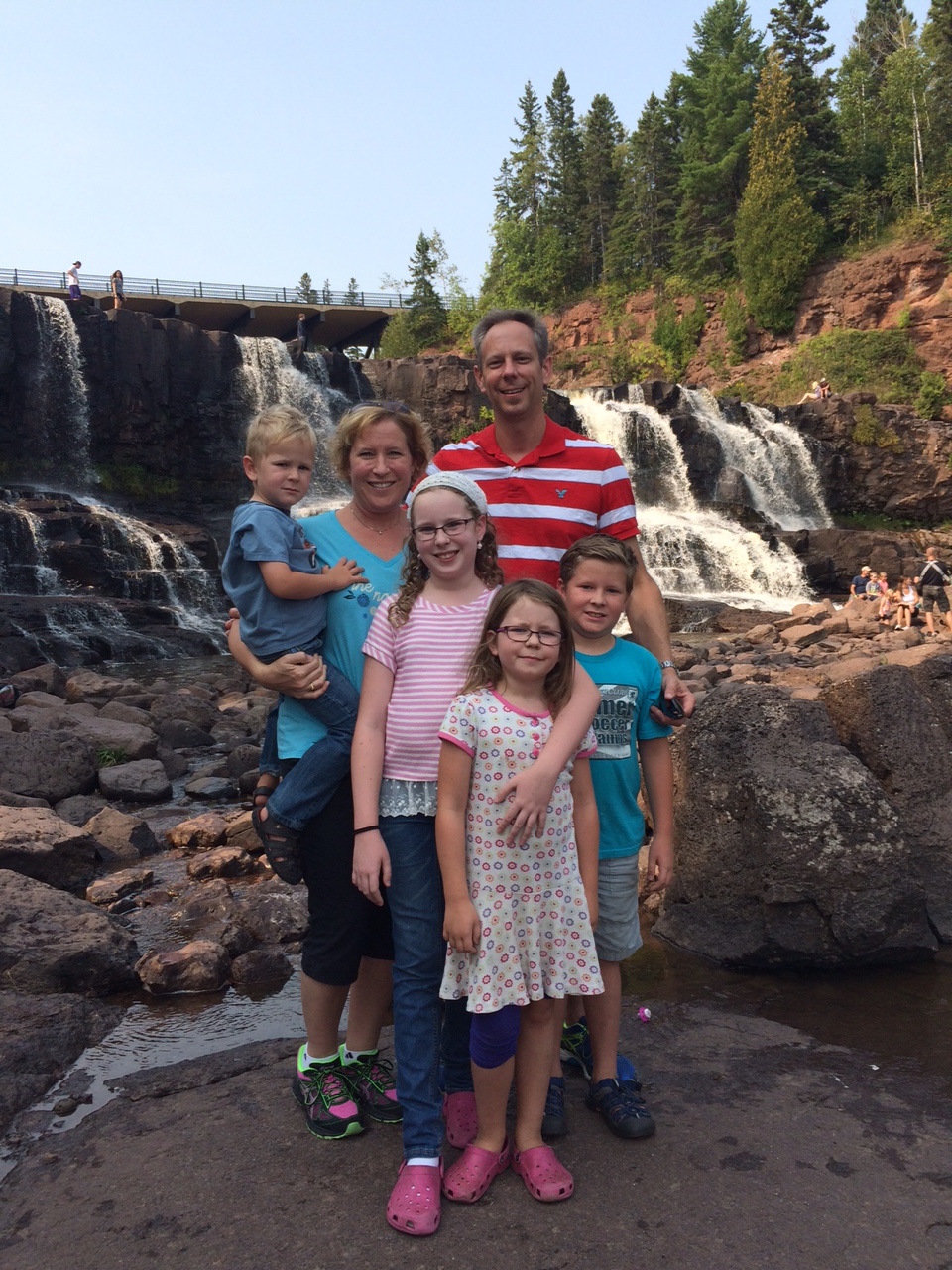 Terry was born and raised in a Christian home, but despite a profession of faith in Jesus as Savior at an early age, it wasn’t until his mid-20’s, after a period of straying from the Lord, that Terry was drawn to a deep, true, abiding faith in Jesus as Lord. Terry spent two years living in a household with four other single Christian men who discipled him, demonstrating what life in fellowship with Christ and his church really looks like.

Terry has a passion for Biblical marriage and fatherhood, life groups and global missions. He has been on short-term mission trips to Poland, Honduras, El Salvador and Ukraine.By day he works in the technology industry.

Terry married the love of his life Maren in 2003. God has blessed them with four children: Grace (11), Joshua (8), Lily (6) and Micah (4). The Plaths were members of Bethlehem Baptist Church prior to moving to Woodbury as part of the CRC plant in July 2010. 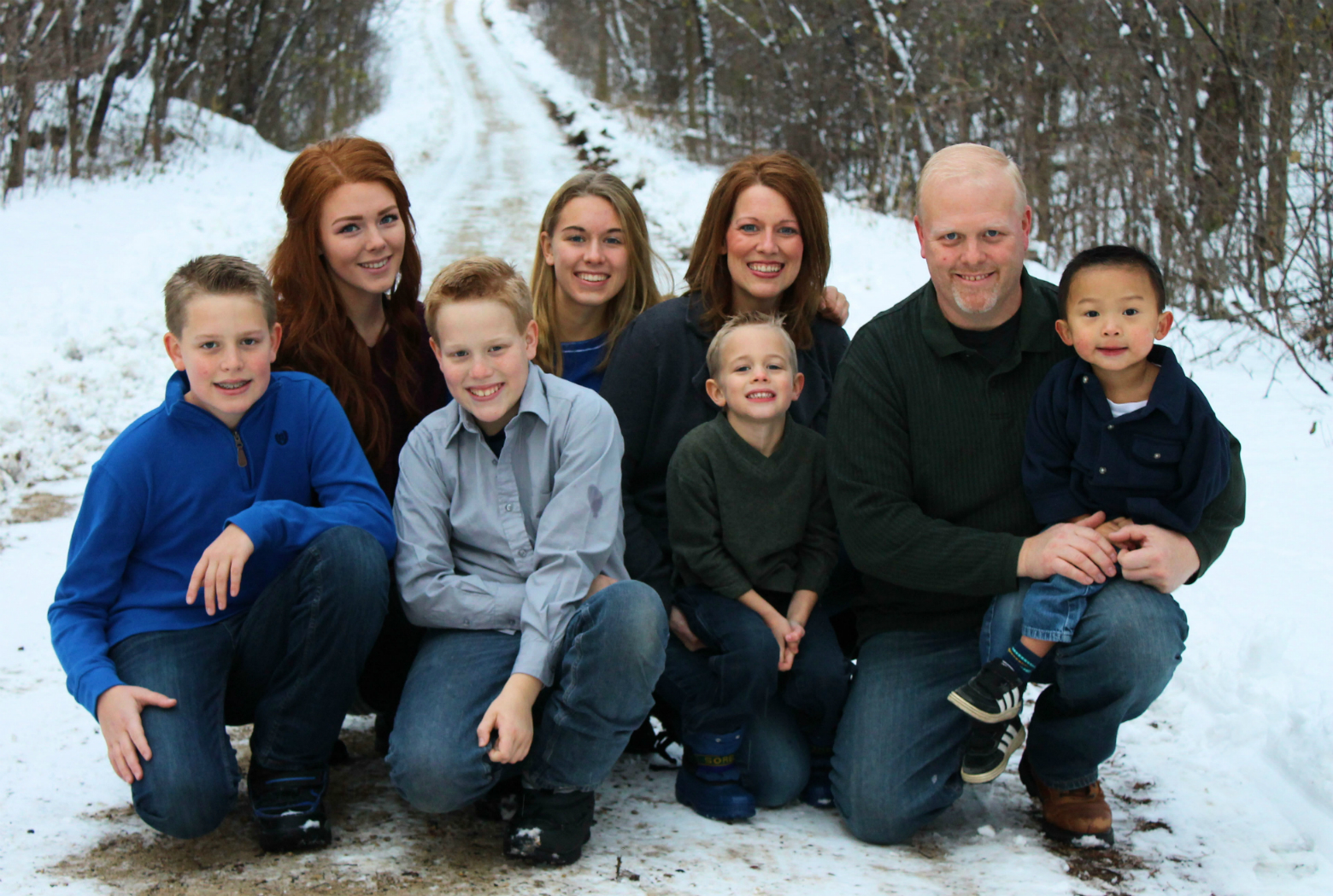 Denny is so grateful to the Lord for granting him a heart of repentance and an understanding of the gospel of Jesus Christ at an early age. Even at an early age, God opened the eyes of his heart to see Christ for the all-surpassing treasure that He is. He is also thankful that God has been faithful in his life to continue to draw him deeper into His grace and an understanding of who he is as an adopted child of God. Denny is grateful that the Holy Spirit is continually working in his life to sanctify him and, in that process, giving glory to His name.

Denny has been involved in church leadership in different ministries for the past 20 plus years, and the Lord has guided Denny and Kathy and his family to the Christ Redeemer Church body from the very beginning.

Denny has a B.A. degree in business from Bethel University and currently works in the financial services industry. Denny grew up in the Twin Cities and now lives in Woodbury with his wife, Kathy, and their six children: Alison, Emily, Jacob, Joseph, Caleb and Steven. 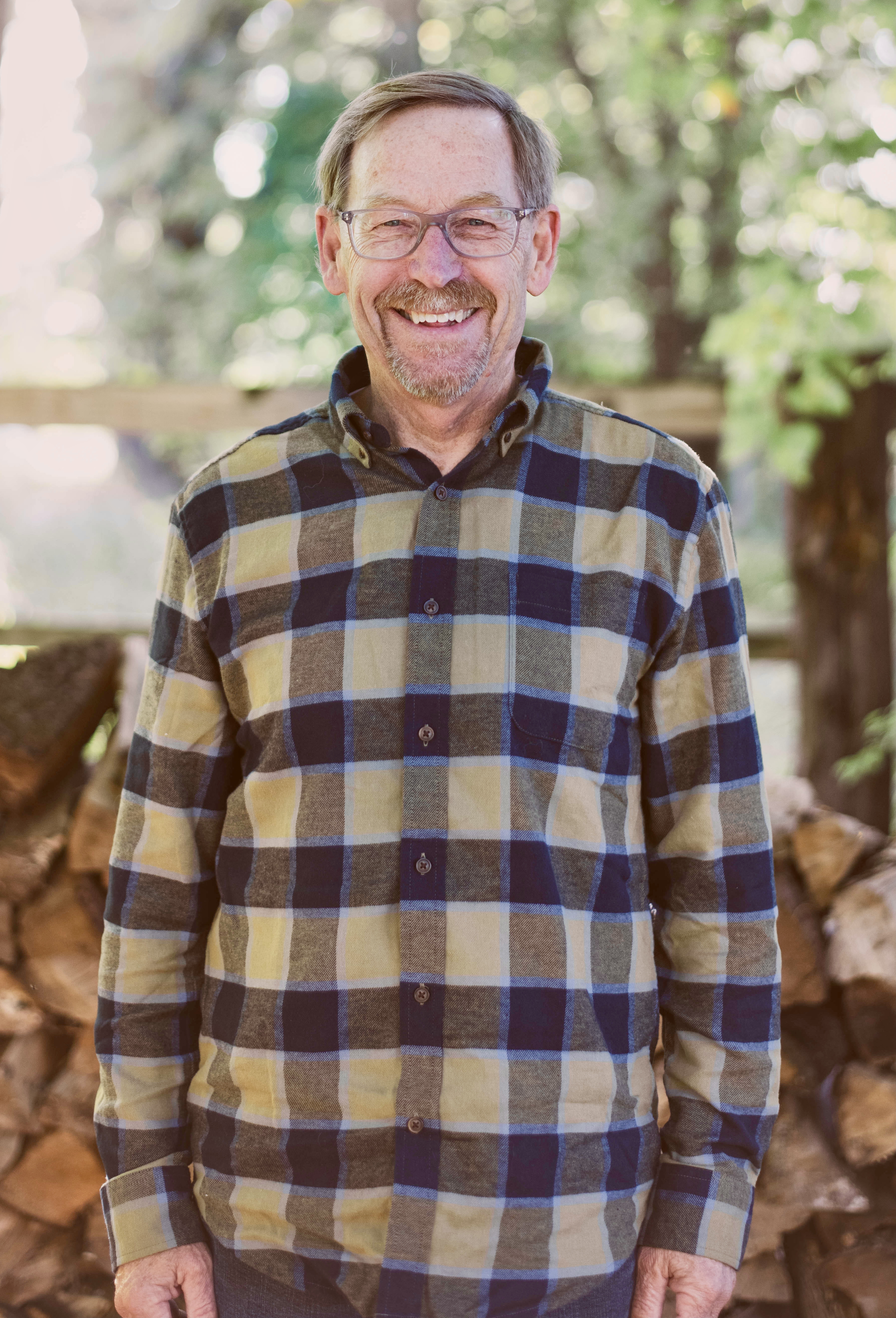 By God's grace, Doug grew up in a home where Christ was lifted up and honored and where at an early age he came to faith in the saving work of Christ. During his army service time in Panama, God opened his eyes to the magnificence of the death, burial, and resurrection of Jesus. He began to understand in a deeper way than ever before what it means that "I have died and my life is hid in Christ", and the reality of His call on our lives.

After the service Doug met his wonderful bride Evie, while both were students at Bethel College, St. Paul. They lived for 20 years outside New Richland, MN where Doug was a general building contractor constructing everything from homes, small commercial buildings, farm buildings, to church facilities. In 2000 they moved with their children, Carrie (then 16) and Carl (then 12), to Santa Maria, CA primarily to care for Evie's dad in his later years. 2010 brought them back to Minnesota mainly to be near their grandchildren! They attended the first informational meeting of CRC and have been here ever since.

Throughout the years there have been periods of being foster parents, several short-term mission trips to Peru, Ecuador, Haiti, and most recently attendance at Faith Biblical Counseling Seminars. They currently have 6 grandchildren with more on the way! 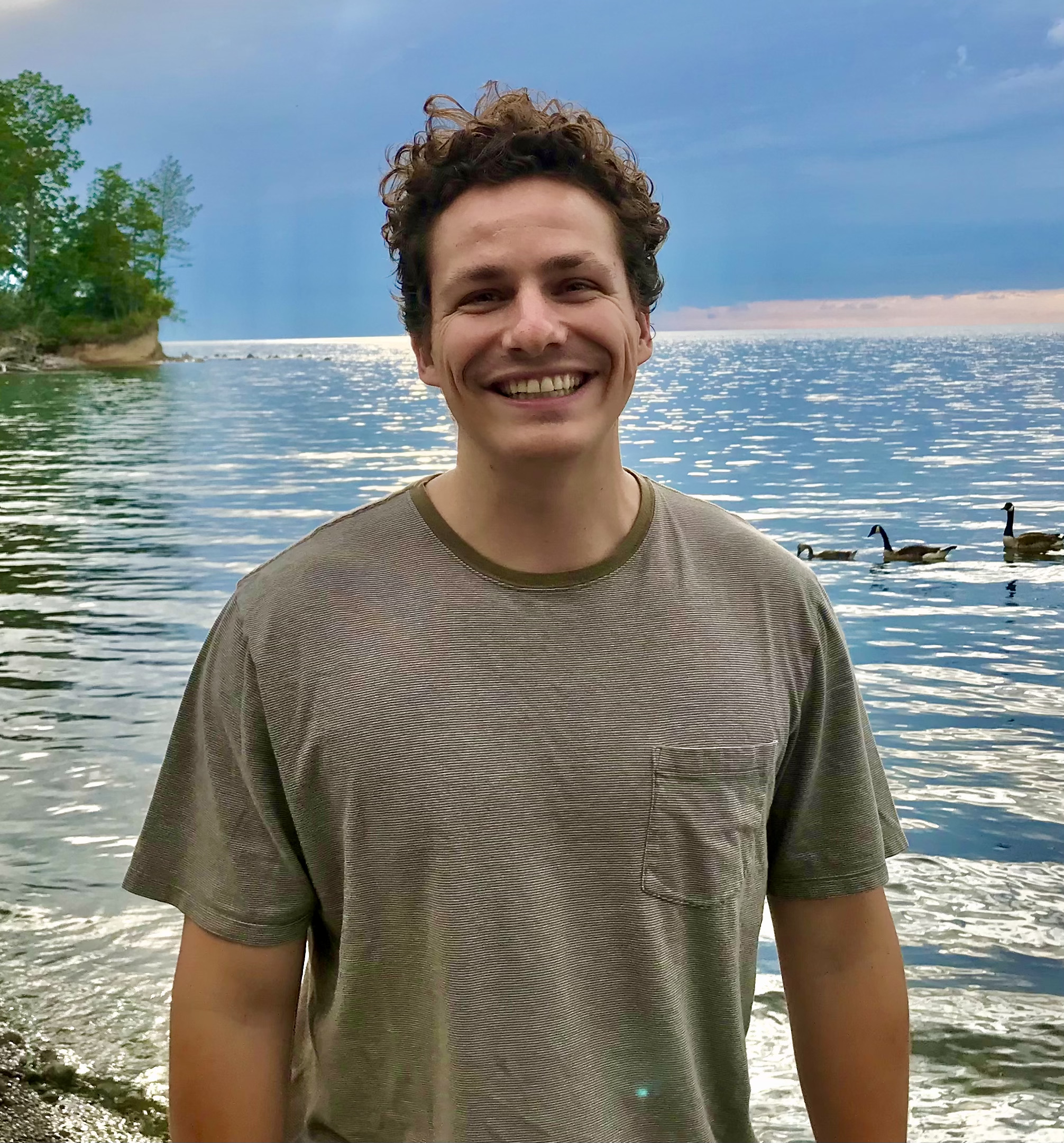 Zach grew up in the small mountain town of Lake Arrowhead, CA where he was raised by parents who truly loved and lived for Jesus. Although Zach was saved by the Lord’s grace when he was young, he experienced a much deeper and intimate relationship with his Savior when he surrendered areas of false identity/security to God at the age of 16. After graduating, he was still contemplating the best use of his life for the Kingdom. After a few years of praying, investigating, and asking wise counsel, Zach felt led to pursue vocational ministry.

Before joining the team at Christ Redeemer Church, Zach was a student at the Joshua Wilderness Institute at Hume Lake. He also worked there for several summers, serving the jr. high and high school students. He went on to acquire a B.A. in Theology from Moody Bible Institute. After undergrad, Zach was hired on as a year-long pastoral resident at Parkside Church in Ohio, where he was blessed to gain more experience working in youth ministry before serving at Christ Redeemer. Zach has also began pursuing a Master of Divinity degree to further his understanding of the power and grace of the Gospel. 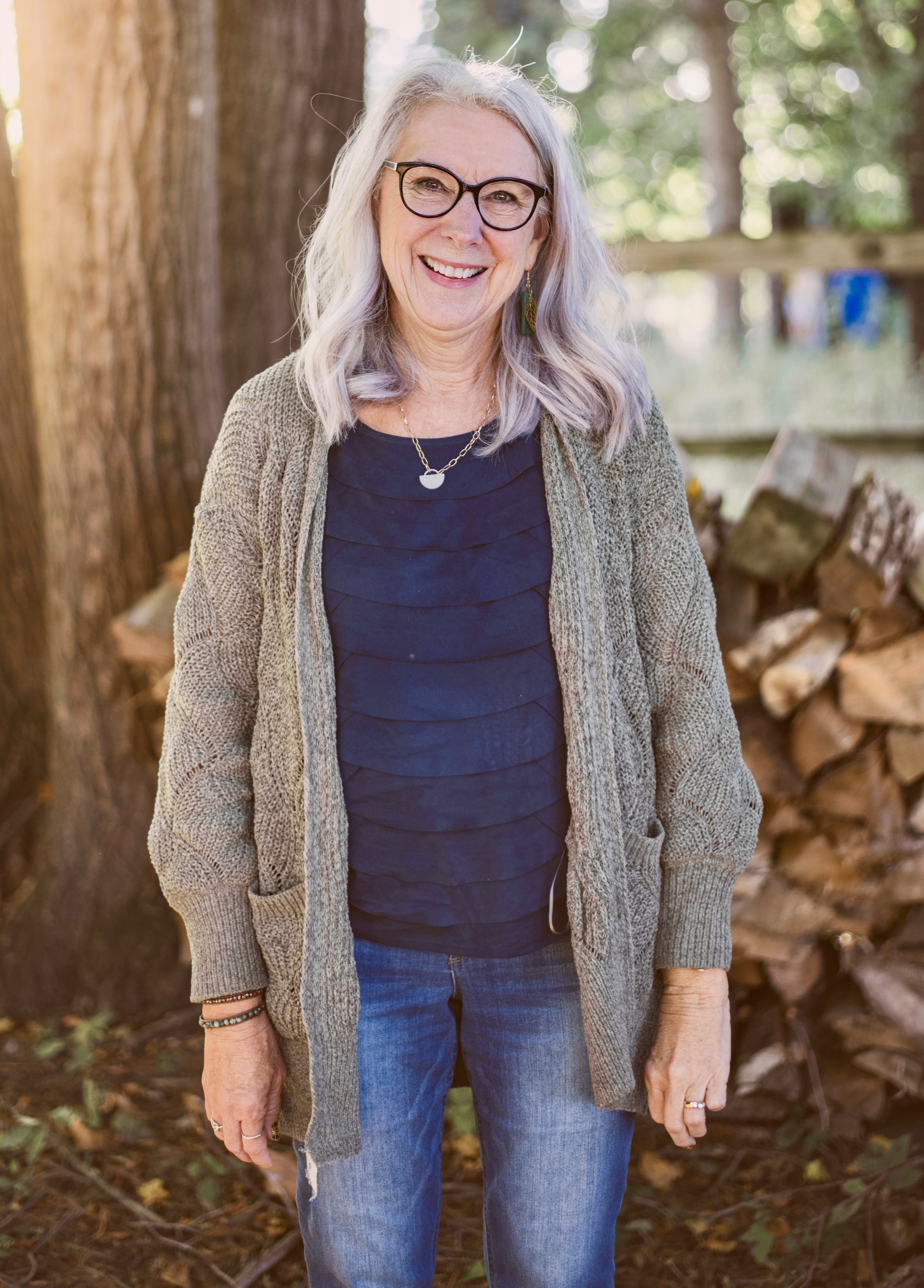 Born and raised on California’s Central Coast, Evie was adopted by parents who loved Jesus, His church and His mission. Adoption came again when Jesus called her into His forever family at a young age, and her commitment to follow Him led her first to mission work in Colombia, Ecuador and Panama, and then to Bethel University in St. Paul, where she earned a degree in Social Work and Minority & Ethnic Studies. In Minnesota, she met and married Doug, and they made their home in New Richland for the next 20 years, raising their two biological and eight foster children. In 2000, God called them back to California to care for Evie’s aging father, but they returned to Minnesota in 2010, where they now make their home in Woodbury. They love living near their son, daughter, and 10 grandchildren.

Evie has always loved teaching others about Jesus. Starting as a VBS teacher as a teen, Evie would go on to lead church and neighborhood studies during her parenting years. In 2006, Bible Study Fellowship recruited Evie as a teaching leader, and she taught classes in both California and Minnesota until her retirement from BSF in 2019.  Having been a part of the Christ Redeemer Church family since its very first service, Evie stepped into her current role as Director of Women’s Discipleship in 2020. Her desire for the women of CRC is that their faith would flourish through living in the truth of God’s words, and that they would make disciples who love to follow Jesus. 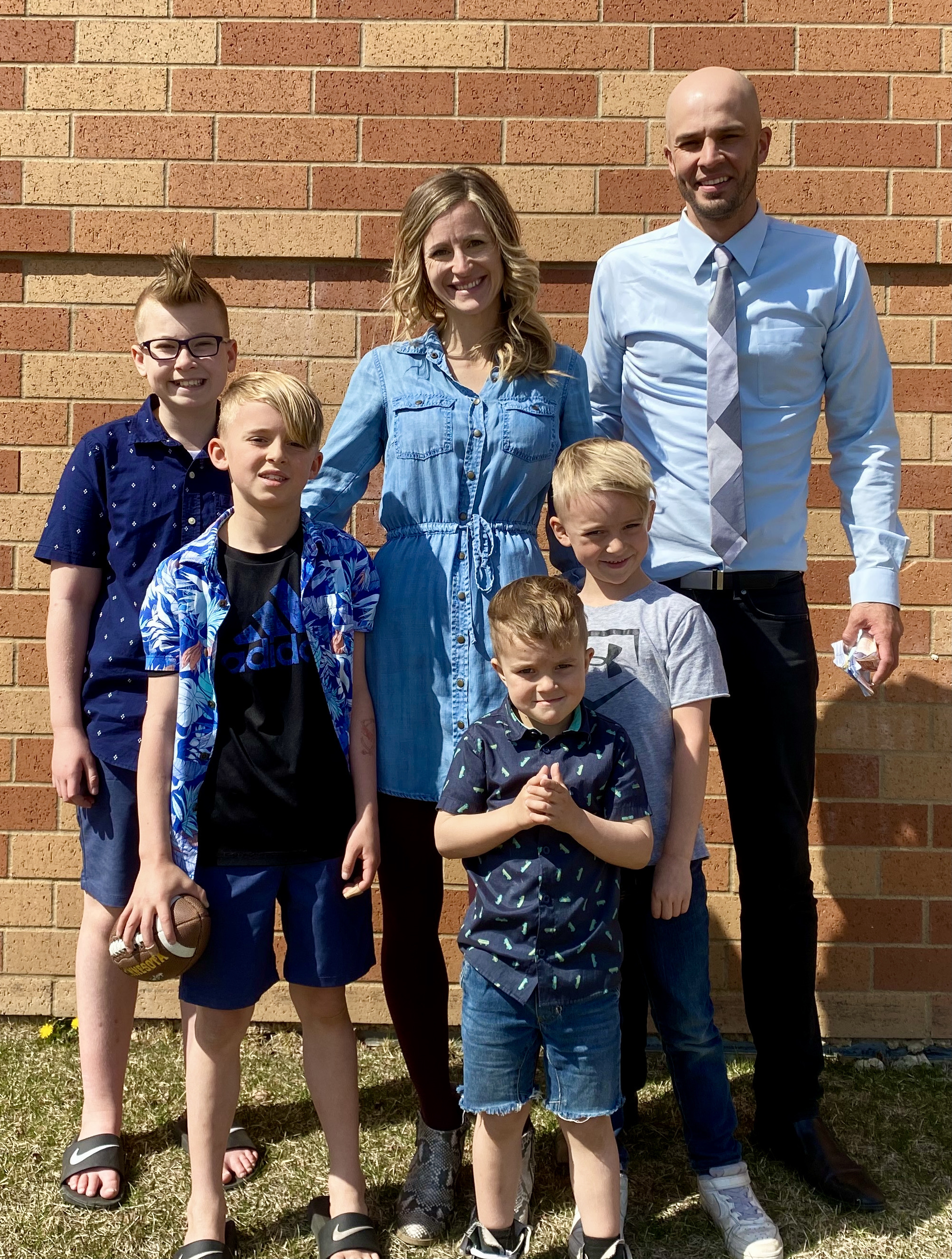 We are a family of 6 living in White Bear Lake, MN. Jude is 11, Jonah is 9, Clive is 7 and Reeve is 4. Melonie and I have been married for 14 years and we tirelessly route for the Vikings as part of our ongoing sanctification. I (Gabe) pastored a church in Balsam Lake, WI for 8 years. We recently moved back to our home state and are excited to have started a church planting residency in Woodbury, MN!

We believe that church planting is a fruitful and effective way to spread the message of Jesus, galvanize believers to be on mission and shine light in forgotten places of the world. Life can be messy and hard. We know! The church gives people a good dose of real hope.

During the residency, I will be writing core documents for our church plant, developing a vision and mission statement, fund-raising and forming a launch team to join us in starting this new church (among allot of other things!). We are immensely excited for this opportunity and believe that the harvest is plentiful.

If you would like to hear more about our story or to receive email updates, click here.

If you would like to support us financially, go to this site and select the fund, "Church Planting Residency" in the dropdown bar. https://giveinjoy.givingfuel.com/christ-redeemer-church